skip to main | skip to sidebar

Every one is entitled to their own opinion about how to solve climate change. But you are not entitled to your own facts. It is a FACT that the planet is warmer than it has ever been. The Polar Ice cap is melting. This can not be changed to fit any political belief. The warming planet causes erratic climate patterns. More inches of this change are evident this morning on my front lawn. So when I see senators (who should know better) mocking Al Gore, because we have unprecedented snow storms in Washington DC because of Global Warming..... I am sickened that such fools are allowed to spew their false opinions on TV where someone might actually believe what they say and doubt that there is Climate Change. It's real and sooner or later we will have to deal.
Posted by robbie moriarty at 6:21 AM 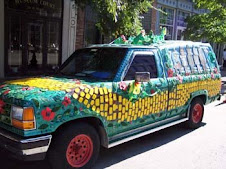 robbie moriarty
Louisville, KY, United States
I have been interested in ART all of my life. I studied art in college and opened a porcelain restoration business in Louisville which combined my interest in art with my appreciation and love of detail. I have always been a collector of many things, amassing hundreds of thousands of buttons, trinkets, charms, bijoux, beads, found objects, and all sorts of fun things. I currently produce a line of whimsical art jewelry which I wholesale and retail across the country. I've been married to Sam for 20 plus years and we have 3 rescued Black Chow Chow's. Bear, KeLe, and Zoee my children with FUR! I will be sharing my various collections, art shows, artists, friends etc. And any thing else I think is cool will be in this Blog.

My Not So Silent Partner 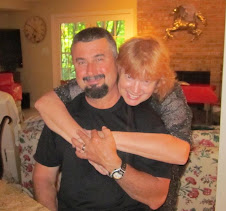